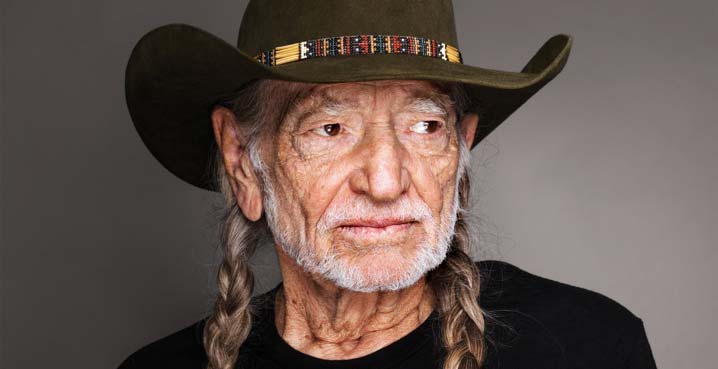 In the article “Willie Nelson’s Crusade to Stop Big Pot” a number of models are emerging for the distribution of weed when it becomes legal.

The article states the current reality, a good summation of the status of legal weed.

By way of first principles, let us pause to establish that legalization is here. That fight is over; legal weed has arrived; all that remains is for the last chips to fall. Some form of marijuana has already been approved in 23 states, and roughly 80 percent of the American public currently favors medicinal use. Support for recreational pot has also been rising over the past decade, with more people in favor of full legalization than against it for the first time in 2011. The following year, Colorado and Washington became the first two states to permit recreational use: It is now perfectly legal in both places to shamble into a dispensary, plunk down a stack of crinkly bills, and purchase a bag of high-grade weed for no loftier purpose than to get high. Last year, Oregon and Alaska approved similar measures, and this month, the bellwether state of Ohio will vote on a proposal to join them [ed., the proposal failed]. Next year, at least five additional states will ­consider the same question, while another dozen are working on comparable ballot initiatives, and in 15 states and Washington, D.C., possession of the drug for personal use is no longer a crime. The consensus among doctors has returned to where it stood eight decades ago, when the American Medical Association loudly opposed the decision to make pot illegal in the first place. Even the federal government is beginning to change course: Early this year, President Obama predicted that if enough states decriminalize marijuana, Congress might remove it from the list of Schedule I drugs, and he has informed officials in Washington and Colorado that the Justice Department will not prosecute anyone who complies with state laws.

And the American citizens will not settle for decriminalization because it requires a black market to sustain it. Decriminalization may be a step forward toward a freer society (note: Holland), but it tacitly admits that recreational use is immoral and people’s private behavior should be controlled. The issue troubling so many Americans is what message legalization is sending to the youth of the country. Well, before I go off on a tirade about what message the forced sustenance of the black market under the domain of prohibition is sending, the youth understand very well that the standard line (punish users) entails contradictions and problems of all sorts. Also the federal government assiduously avoids discussion, favoring a “we say so” attitude, and sends messages to the young that adults are hypocrites and incapable of apologizing, or changing bad policy; democracy has failed; oligarchy rules; it’s useless participating in politics; etc. They young have grown up with these messages from the federal government. These messages are the noise in the background that we all learn to ignore.

So we will legalize marijuana. Some have suggested that legalization is probably the best course for other, more dangerous drugs as well, citing the flat figures of addiction over the last 100 years. William F. Buckley, Jr. suggests in the 1995 video that of the 97 million people who have tried currently illegal drugs only about 3 million have used these drugs in the last month. Is it likely, he asks, that legalization will increase the monthly ratio of users when the large percentage of those who have used drugs in the past no longer do so by choice?

Now that it’s legal, how are we going to buy it? There are a number of corporate models that promise a good variety. Like Willie’s Reserve, Snoop Dog’s new Leafs brand is now available (registration required).

Here’s the Chart from the article: So the international supplier — the “Starbucks” model, the celebrity licensing model, and the small grower model all promise a fair entry into the marketplace, while each aims at a particular market. These are interesting scenarios. I believe they will all make their mark, when the moral busybodies in the federal government decide with Abraham Lincoln, that prohibition is a futile attempt to control people’s desires, and is an unjust way of ruling. I can’t imagine them not sulking though.

The marijuana industry will become a full-fledged member of the capitalist community competing on price, brand, and quality. In the contemporary market though, outside the promises of your purveyor, you really don’t know what you’re getting. The standard problem of an industry seeking approval, is the transparency of its operation. Because much of the operation remains hidden because of federal statute, there are no legal controls over quality, safety, or contents. You don’t know whether you are getting naturally grown, pesticide-free weed. You don’t know whether the CBD oil you are buying has the percentage CBD it says it does, or whether it is pure and free of pollutants. This is the point where the machinery of big pharma must come in, not in control of the drug market or pricing, but in the straightforward process of producing the product where some measure of transparency and labeling is assured.

Do I think these models will dominate? The shakeout has not come for that determination to be made. Because much of the industrial production of marijuana, even in states where it is legal for recreation, still faces federal banking statutes, and the producers cannot deduct production business expenses on their taxes, they are able to carry on their business only with some difficulty and without much protection. It is only when these models get to practice their methods in a freer environment will any shakeout occur.

They may all work. And they will probably all change tactics to develop and retain market share as the market matures.

This site uses Akismet to reduce spam. Learn how your comment data is processed.